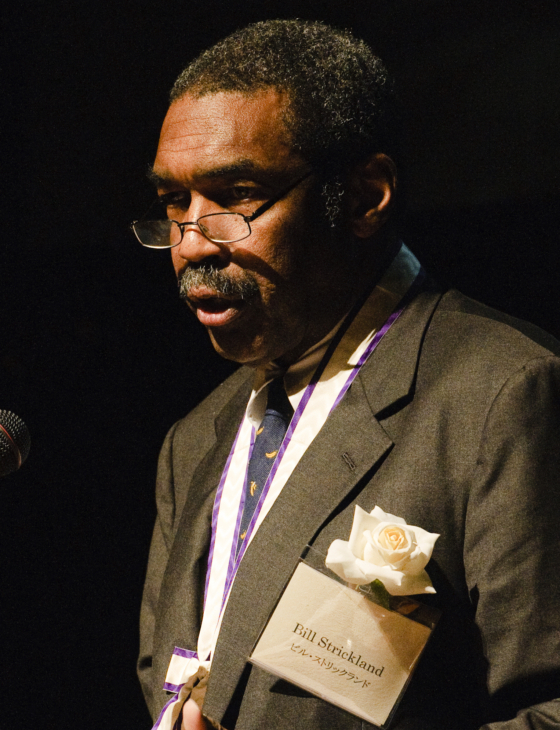 “For his commitment and innovative social work to help the underserved population transform their lives.”

By offering innovative educational and cultural opportunities with an emphasis on the arts, beauty and respect, Bill Strickland has empowered thousands of youth and adults to restore hope and dignity and become creative contributors to their communities. The example of his own life and successful career has inspired others to dream bigger and make a difference in the world.

Bill Strickland grew up in an inner-city neighborhood of Pittsburgh in the United States. His life changed when he was introduced to pottery making by his high school art teacher, who became his mentor and helped him obtain entrance to the University of Pittsburgh. Building on his personal experience, he founded a community arts program and later an extraordinary jobs training center, through which he has empowered thousands of disadvantaged youth and adults to restore hope and dignity and become creative contributors to their communities. His success has attracted nationwide attention, and his model for social change has been replicated in many cities.

Mr. Strickland has been honored with numerous prestigious awards, including the MacArthur Fellowship. He is also the author of Making the Impossible Possible, and the founder of the Grammy-winning MCG Jazz. He has served on the board of the National Endowment for the Arts, and as a lecturer at Harvard Business School and other prestigious institutions. He is currently a member of the White House Council for Community Solutions appointed by President Obama.