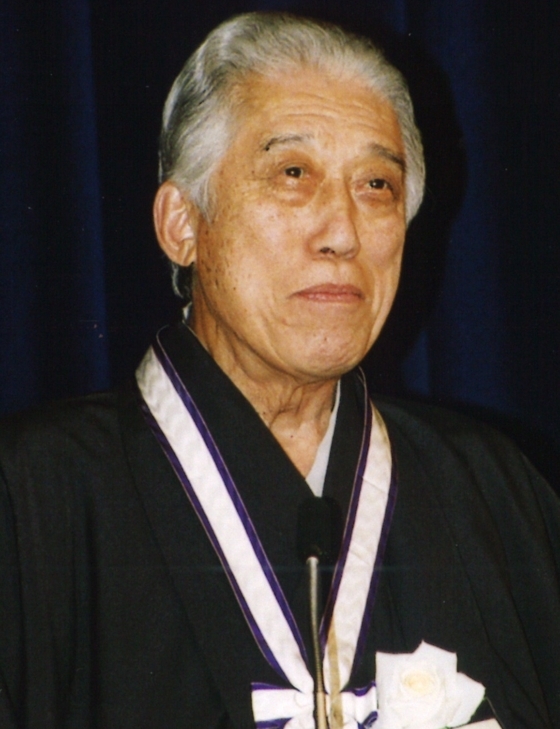 “In recognition of his contribution to international cultural exchange and goodwill through the Way of Tea.”

Born in Kyoto in 1923, Genshitsu Sen became the 15th-generation Grand Master of Urasenke, Soshitsu Sen XV, in 1964. In 2002, he passed that position on to his eldest son, and took the name Genshitsu Sen. With the aim of promoting world peace through the Way of Tea (Japanese traditional tea ceremony), Dr. Sen has made over 200 trips to 60 countries advocating “Peacefulness through a Bowl of Tea.” He serves more than 100 positions, including Professor of History at the University of Hawaii, Honorary Professor at Moscow State University, and President of the United Nations Association of Japan. Dr. Sen is a recipient of the Order of Cultural Merit. He has also been awarded many decorations from various governments for his contributions to international cultural exchange and goodwill, including Officier dans l’Ordre National de la Legion d’Honneur from France.