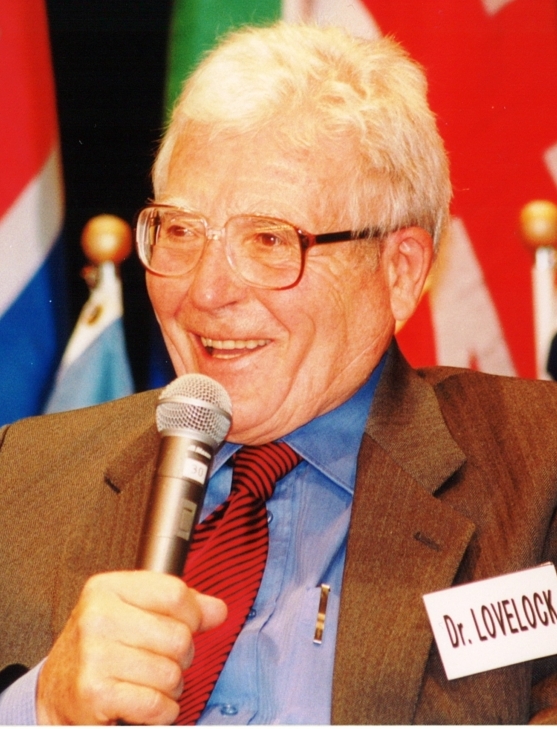 “For contributing to changing people’s awareness of the Earth and inspiring the global environmental movement through the ‘Gaia Theory’.”

James Lovelock proposed the “Gaia Theory,” stating that the Earth is a living organism that sustains a favorable environment with a self-regulation mechanism, and suggested that humanity is a part of this great living system, and that our welfare depends upon the continued health of the Earth as a whole.

James Lovelock is an independent scientist, inventor and author. With doctorates in biophysics and medicine, he was a Visiting Scientist at Yale and Harvard Universities, and an Honorary Visiting Fellow at Oxford University’s Green College, among other positions. He was elected a Fellow of the Royal Society, London, in 1974, and in 1990 he was awarded the first Amsterdam Prize for the Environment by the Royal Netherlands Academy of Arts and Sciences. He has written many books and articles, including The Ages of Gaia: A Biography of Our Living Earth and his autobiography, Homage to Gaia.