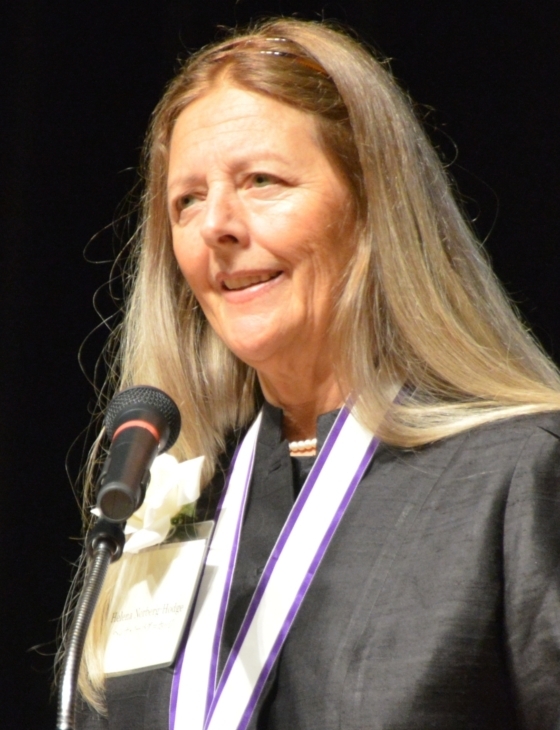 “For her pioneering work in the localization movement to help create a more sustainable and equitable world.”

Through her advocacy and educational activities promoting localization from an international perspective, Helena Norberg-Hodge has contributed to the revitalization of cultural and biological diversity, and the strengthening of local communities and economies worldwide.

As an author, filmmaker and public lecturer, Ms. Norberg-Hodge has been promoting an economics of personal, social and ecological well-being for more than thirty years. She is a widely respected analyst of the impact of the global economy on communities, local economies, and personal identity, and is a leading proponent of ‘localization,’ or decentralization, as a means of countering those impacts.
In 1975, she visited the Ladakh region in northern India (known as ‘Little Tibet’), and co-produced the first Ladakhi-English dictionary. Since then, she has worked with the people of Ladakh to find ways of enabling their culture to meet the modern world without sacrificing social and ecological values. For these efforts she was awarded the Right Livelihood Award, or ‘Alternative Nobel Prize,’ in 1986. Her book, Ancient Futures, has been described as “an inspirational classic,” and has sold half a million copies worldwide. She is also the producer and co-director of the award-winning film, The Economics of Happiness.