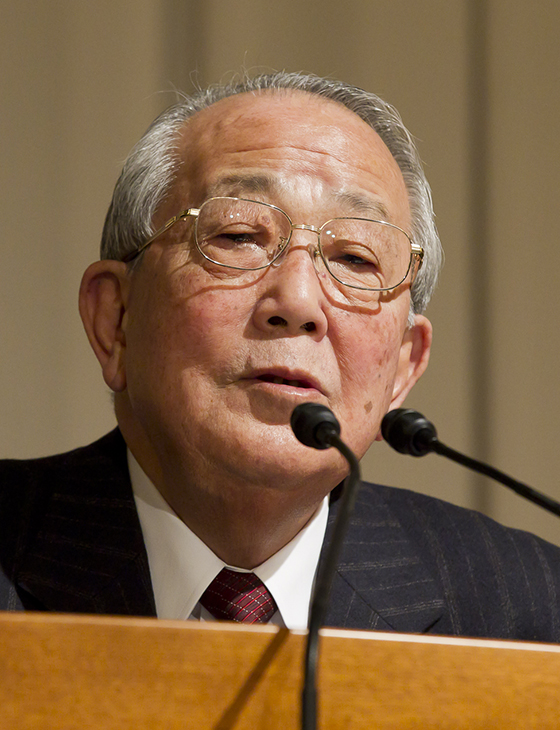 “For his contribution towards building an economy and society based on new ethics, by setting an example with his ethical and visionary management philosophy.”

Based on his lifelong beliefs that people have no higher calling than to strive for the greater good of humankind and society, Kazuo Inamori has dedicated his life to serve society, through his corporate activities as well as his philanthropic and educational activities.

In 1959, Kazuo Inamori founded Kyocera Corporation, a multinational electronics and ceramics manufacturer, and in 1984, he established DDI Corporation, which later became KDDI Corporation, the second largest telecommunications company in Japan. In 2010, he took on the leadership of Japan Airlines when it entered bankruptcy protection and successfully led the air carrier through its reconstruction. He established the Inamori Foundation and created the Kyoto Prize, an international award that honors significant contributions to human civilization in the areas of science and spiritual development. He also created a private management school, Seiwajyuku, which fosters future business leaders with ethics and excellence. Dr. Inamori is the author of many books, including Elevate Your Mind and Expand Your Business. In 1997, he entered the Buddhist priesthood at Enpuku-ji temple in Kyoto.