Thinking and Acting to Create a Better World 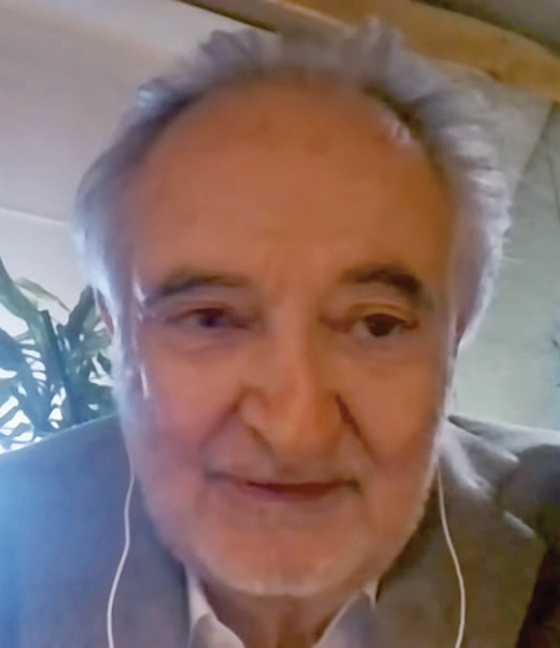 I was very surprised and honored when I learned the news that I was receiving this very well-known award. It’s a great honor for me to follow the other laureates. I must say that it is true that I spent large part of my life and of my time today working on what could be a better world and how to do it.

I work on it on two dimensions: one by thinking and writing, and the second by acting and doing. I think it’s difficult to do only thinking or only acting, because if you act without thinking, then you are a kind of puppet in the hands of someone who is thinking on behalf of you. And if you are only thinking, then you don’t really try to check if your ideas are relevant to the real world.

The second concept is the economy of life. I do think that if we want to focus on developing a really positive society, we need to focus the economy on the sectors of economy of life, the main sectors of which link to a better world for the next generations—health, education, digital security, clean energy, clean water, hygiene, food and agriculture, and some of other sectors that I mention in my writings.

The second thing is that I try to act in these directions. I try to act first at a national level, and then at an international level, because I think that nothing can be done without creating law and order at the international level. It’s why I try my best to participate in the creation of international institutions. I did that when I had the idea and I founded the first European Bank for Reconstruction and Development, to ‘hook’ Eastern Europe and Russia into a ‘reel’ of rule of law and market economy.

Positive society’s meaning I explained before, but what we do in the foundation is we first evangelize the concept of positivity by doing forums around the world—we have one in Japan, in Hiroshima, and also in France—where we try to gather people who can exchange experiences and ideas of what is a positive society, and where we also do actions to develop positive companies. We push governments to become more positive by measuring their positivity. We measure positivity of all the countries of OECD, including Japan, France and others, and we measure positivity of companies, private funds, securities funds, and portfolio management.

At the other side of the scale of wealth, we help very poor people to create and develop sustainable, positive companies, which means companies that are sustainable economically, socially, ecologically and democratically. We did that first in France, but also in many countries in Africa, the Middle East and Asia, where we provide programs, sometimes with the help of JICA and other Japanese partners, to develop potential activities for people to get out of poverty, to get out of charity, by creating their own businesses and by becoming real actors of the world.

We believe that positivity is not only a concept. Altruism is not only a concept—it is a matter of fact. And we realize that when we do that, we create a better world in reality. We are helping millions of people, millions of families. And that also creates joy for us, because we realize that helping people is one of the best ways to be happy—that altruism is a kind of selfish interest, not only because we serve our interests, but because it’s a great privilege to be in a situation of being helpful to others.

Therefore, I’m very happy that your foundation is highlighting what we are doing and what I am thinking, and I do hope that we will have other opportunities to work together.

Thank you very much.